Hello and good afternoon to everyone and welcome to the Old Negro Kirwood Hospital. I will talk about this historic place in just a tiny bit.

Let me begin by thanking everyone for coming out on this kind of cool if not cold day. I say thank you to all of my friends here today…

I want to give a shout-out to my incredible Citizens for Detroit’s Future family and to my Barrow family cousins.  Wow, I even see some of my professional colleagues. This is truly heartwarming

I also want to greet those of you who are watching this live on FaceBook and YouTube…in short, greetings to all of you Detroit lovers everywhere…you are REAL DETROITERS no matter where you are seeing this today and I thank all of you for the privilege of your time. I intend to be brief.

Today, with your prayers for success and with your blessing, I announce my candidacy for Mayor of Detroit.

I am not announcing to remind you that I’ve been an advocate for voting and election reform because you all already know that about me. I know what I saw when I did the recounts as I watched the crimes and now the world knows too. A one-line comment about that later too.

I’m not announcing to tell you that I’m a municipal finance expert for over some 40 years, many of you already know that about me too.

But most importantly, nearly all of you here know that I have spent my entire life from my birth in that room (POINT TO ROOM) to my adulthood to my entire professional career right here in Detroit.

My beloved Detroit, I have never even thought about moving out of this incredible city, a city that I love to a suburban home

My home was…is…and always will right here in Detroit. I am hardcore and I care! Hopefully, when I die, you all will find somewhere on Woodward to bury me.

It is no secret to many of you here and those watching online, that I love this city and that I taught my children to love it too. I defend my city against all of the naysayers, as Coleman Young used to call them, through both the good and not-so-good times.

What I am announcing today is that my call to seek the office of Mayor is resounding, not just in my head, but from the voices of Detroit’s ordinary people.

Ordinary Detroiter’s know that our current Mayor does not live in Detroit and that he neither rents nor owns a home or a single piece of Detroit property.

Imagine my friends, the mayor of Auburn Hills living in Roseville or the Mayor of Troy living in Royal Oak. The residents of those cities would never tolerate it and neither should we.  As Detroiters, we should never accept this kind of slight!

In fact, our Mayor doesn’t even live in the Manoogian Mansion, a home in which every city Mayor has lived since the city acquired it. He won’t live there and to me the reason is obvious and I believe it obvious to RealDetroiters.

It is my fundamental belief that to this man, Detroit is a means to an end to permit conservative Republicans to take our city’s wealth.

This Mayor, like Any Dillon, knows that you cannot be a Republican in a Black Detroit so he calls himself a Democrat but as Rachel Maddow says don’t watch what they say, watch what they do and he has done a lot.

RealDetroiters feel no connection to a stranger who migrated from the most segregated suburban city in Michigan with a 96% all Caucasian population to become Detroit’s Mayor with the help of Billionaires and Citizen United money. Too many of us have fallen for it.

We can feel no connection to a man whom himself conspired to be the Republicans appointed Emergency Manager under PA 436…the head guy In-Charge-of-Looting our city of what Coleman Young called “our jewels”.

Our Mayor is backed by millions of campaign dollars from the same billionaires that backed Donald Trump and the January 6 th  Attack on our nation’s Capitol. A person who remains in power only by their permission and as long as he keeps the tax breaks and contracts flowing to their companies.

We can have no connection to a man who watched and even presided over the theft of Detroit retirees hard-fought-for promised pensions and health care.

The very city workers who sweated and toiled for us some three decades because they believed the city’s promise of security when they retired.  They believed that their pensions were protected by the Michigan Constitution but the protection was ignored by this mayor and his conservative republican colleagues and its then governor. I watch elderly Detroiters and members of my family cry as they watch the very leaders they trusted renege on their pension promises.

EXCLAIM: Detroit, I will fight to get you back your pension and I will stop the horrendous claw back aimed solely at the city’s Black retirees. (Cite the 2003 Claw Backdate meaning) It is wrong and we have a duty to correct it!

I watched helplessly as did so many other lifelong Detroiters as poor lifelong single-family homeowners were overcharged $600 million in real estate taxes.

And then watched this mayor whimsically tell people losing their home that it’s too late to do anything about it. In short, dance on the good foot. This mayor watched passively as people lost their homes through property tax foreclosures when they could not pay the over assessments. I sat up nights worrying for my fellow Detroiters.

EXCLAIM: Detroit, I commit to you that I will get justice and equity for all of those affected.

Let me be more candid. Our Livonia Mayor watched coldly as generational Black Wealth was taken from poor homeowners who were forced to watch Wayne County auctions where out-of-town speculators took their homes and turned proud homeowners into renters.

EXCLAIM: Detroit, I commit that there will be a moratorium on city tax auctions and I will close the corrupt Land Bank Authority. In fact Detroit, I will shutter all of those Republican authorities which are faceless financial devices designed to drain wealth from every Black city in Michigan without exception, from Detroit to Benton Harbor; from Flint to Pontiac and from Highland Park to Muskegon every Black Michigan city. They do this to give an impression that Blacks cannot manage.

Our Livonia Mayor watched dispassionately as 20,000 poor and vulnerable households got their life-sustaining water turned off. EXCLAIM: Detroit, I deeply believe that water is a human right. Under TB, there will be no more residential shut-offs. I promise to create an affordable water plan by working with water warriors “We the people” and “Hydrate Detroit” and activist community leaders like Monica Lewis-Patrick and Meeko Williams and tie water bills to household resources just as has been done in Philadelphia and other cities.

I will restore water service and take back control of OUR water department. CAY warned us they wanted the water. And, yes by, I want our Belle Isle back, too. It’s ours!

I truly believe that it will take a REALDETROITER to get us the change Detroiter’s so cry out for.

This brings me to why we are here today. In particular, here at the old Kirwood Negro Hospital. In that room (point), I was born. This Building then owned by John Roxborough, Joe Louis Barrow’s trainer and fight manager was given to Kirwood because other hospitals would not allow Black doctors on staff or treat Black patients.

On the day that I was born, Uncle Joe Louis Barrow (many of you didn’t know that Louis was his middle name), then the Boxing Heavyweight Champion of the World, waited outside of that room (point) along with my daddy and John Roxborough as Joe had his personal fight doctor, Dr. Robert Bennett (whose picture BTW is still on the back wall inside this building) and a founder of Kirwood, brought me into this world.

Because Uncle Joe paid for my birth but already had a son, today, I carry his name and why my name is Tom Joe Barrow, a middle name which I proudly honor.

Beloved Detroit, service to my city is in my DNA and has been paramount in my life.

Yes, I’ve run for office before, and it is tough every time, running against incumbents with lots of Citizen’s United money but I know what I saw when at the recounts and now the whole country knows that we have election propriety issues.  I am not timid when I say that City Clerk Janice Winfrey must go.

Do I get tired? You bet, I get tired, but while my body becomes more seasoned, my Detroit spirit remains resolute and strong. My calling goes beyond politics, it’s a love for my city. It’s ingrained.

I cannot stand by and let this city’s incredibly wonderful diverse residents of all hue be misused. By the way, I love our new younger residents, It’s that generation’s time but guys like me have to give em a little history though.

A dear friend of mine recently called, and in the midst of my laboring whether to run this last time, he referred me to Isaiah 6; he didn’t explain why, he said to me firmly “Just read it, Tom!”

Folks who know me know that while I go to church every Sunday but that I am not good with the bible verses. So, I sat down to read, and if I you will permit me this tiny liberty to recite just a few words from that passage:

“Then I heard the voice of the Lord saying, “Whom shall I send? Who will go for us?”

I was deeply moved by this passage and went and look up our Detroit motto shown on our flag which has two Latin phrases:

Speramus Meliora  and Resurget Cineribus , meaning “We hope for better things” and “It will rise from the ashes”, which was written by Gabriel Richard after the fire of 1805. The seal is a representation of the Detroit fire which occurred on June 11, 1805.

We, RealDetroiters, have suffered many woes in our city, yet we endure, rising from the ashes, hoping, and working, for better things.

Ours is a common journey, walking together down familiar streets, waving at our neighbors. I intend to take this campaign across the city and back again, we will be talking to you on social media daily. We ask for your vote and your prayers, as we seek to bring about the change we cry out for, from one RealDetroiter to another, let’s win this one for every Detroiter no matter where they live today for we are all Detroiters!

Thank you so much, Detroit for coming today, and thank you for braving this cool weather. Now, if there are any questions, I will address them. 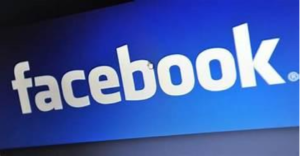